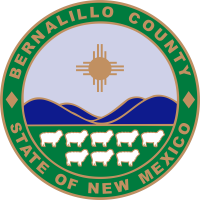 ​​Sick Leave is Back and It Is Bad!

So what can YOU do to help?

We need you to:

1) Call or write a letter to your Commissioner or click on the ​button to send a pre-written email. 2) Talk to your neighbors 3) Come to the Commission meeting June 25, at 3:00, at 1 Civic Plaza NW, Albuquerque

1. After previous sick leave ordinances have failed to pass  through both the Albuquerque City Council and on the ​ballot by voters, the Bernalillo County Commission is getting ready to vote on yet another Sick Leave​ Ordinance.

2. This proposed MANDATE ON YOUR BUSINESS will force ​businesses to give 56 hours of sick leave per year to every employee including full-time, part-time, temporary, and seasonal employees. The 56 hours can also be​ carried over to the next year!

3. The employee may retain a lawyer and sue ​the company without seeking resolution, and your business will PAY THE BILL!

4. The employee may use sick leave for themselves or other family members and the definition in this proposal is  extremely broad including “any other individual or relative whose close association with the employee or employee’s spouse or domestic partner is the equivalent of a family member.”

5. Please send an email to the commissioners and tell them to vote NO. Perhaps if these governmental bodies would seek input from the business community, we could find fair solutions for the employees and employers.

6. This ordinance will impact businesses large and small. If Albuquerque wants to grow like other cities ​in states around us, then we need to create a climate in which businesses and employers want to operate here. To do otherwise is irresponsible and will cause real harm to our city that is already struggling in so many ways.

7. This ordinance only pertains to the unincorporated areas of the county but if it passes the city council has an ordinance ready to go. ​Help us kill it here in the county.

​Let’s work to solve our problems in Albuquerque, not make them worse by passing this ordinance.

​More reasons to oppose this mandate...

The Power of the Small Business Vote

The Deck is Already Stacked Against Small Business

Small businesses pay three times as much to comply with taxes In a another study by the Crains, conducted for the U.S. Small Business Administration during the Obama Administration, it found “With respect to tax compliance, the cost per employee is three times higher in small firms than in large firms.”

Small business health insurance must cover abundant state-benefit mandates and a federal list of mandated benefits known as the Essential Health Benefits package. Federal law, the Employee Retirement Income Security Act (ERISA), allows big business and big labor to ignore thousands of state-benefit mandates and the new federal requirements on health plans. Having federal rules that allow them to ignore state mandates lowers the cost of health insurance. The federal government has steadfastly refused to allow small businesses to band together across state lines in order to form large purchasing pools for health care. Big businesses benefit from economies of scale, being able to buy in bulk and spread risks over thousands of employees. Administrative costs are also higher for small businesses.